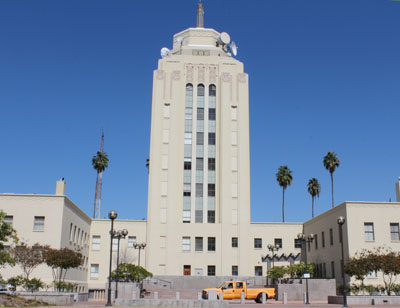 HOW VAN NUYS DUI ATTORNEY CAN HELP YOU DEFEND YOUR CASE

The job of a criminal defense attorney is to protect your rights and to win your case at trial and at a DMV hearing.  Van Nuys DUI attorney will examine your DUI case for any constitutional violations and any violation of police investigative techniques.  In all of our cases, Van Nuys DUI attorney checks the accuracy of machines that determined your blood alcohol level and checks if any blood samples taken from you are contaminated.  Our objective is to win your case or get a plea bargain offer that will have as little consequences on your life as possible.  If we are unable to negotiate a deal we believe if fair, Van Nuys DUI lawyer will take your case to trial to prove to a judge or jury that you are innocent.

Van Nuys DUI attorney have represented clients in Van Nuys court since he began his law practice, thirteen years ago.  Since its absorption into the city of LA, Van Nuys is considered a San Fernando Valley satellite office for the city of Los Angeles public services offices.  For example, the public safety in Van Nuys is provided by the Los Angeles Police Department who has dedicated DUI police officers and DUI law enforcement teams patrolling the streets of Van Nuys and neighboring cities to apprehend DUI drivers.  Los Angeles Police Department station in Van Nuys is one of largest LAPD station in the greater city of Los Angeles.  For example, it maintains a jail, one of the largest city jails in LA, used by CHP and other agencies to arrest DUI suspects.  Van Nuys criminal defense attorney is known to provide quality representation at affordable price.   Location of LAPD:

A DUI can be a felony or a misdemeanor depending on facts of the case and number of prior DUI convictions within the past 10 years.  Reducing a felony to a misdemeanor DUI is a great result if you are facing a felony DUI charge.  Felonies are different from misdemeanors because a felony can result in a prison sentence of more then 1 year.  Misdemeanors can only carry up to one year in the county jail and therefore are considered a less serious crime.   In Van Nuys court, a felony is filed by the Los Angeles County District Attorney office to be heard first in Department 100, a felony arraignment court.  Misdemeanors DUI are first heard in Department 103, a DUI arraignment court.    The Van Nuys court’s location:

Most DUI arrests in California not only trigger a Superior Court criminal case filing, but also a DMV APS proceeding where the DMV tries to take your driver license by suspending it or revoking it through a specialized hearing within one of its Driver Safety Offices.  Van Nuys DUI lawyer provides Van Nuys DMV defense at the APS level and if necessary at the next level of review, called a “DMV writ” level.

If the DMV schedules a hearing, it will do that in one of several driver safety offices, a special prosecutorial office within the DMV.  Van Nuys driver safety is the Driver Safety office in charge of DUI APS hearing handling all Van Nuys DUI arrest.  The hearing is called an APS hearing as an abbreviation from “administrative per se” hearing because the DMV tries to determine administratively if you were above the legal limit.  The DMV hearing is not an interview, it is a contested hearing where the DMV can call witnesses and try to elicit statement from you.  You are entitled to an attorney representation at the DMV hearing, a service that Van Nuys DUI lawyer specialize in.

VAN NUYS DUI ATTORNEY CAN HELP YOU TO KEEP YOUR LICENSE

A first step in defense of a Van Nuys DUI case starts prior to filing of the criminal case.  Van Nuys DUI attorney will contact the DMV immediately to make sure that your license is not suspended thirty days after the arrest.

The instruction to contact the DMV is provided on a DS-367 form, a temporary license that is given to anyone facing DUI charges right after the arresting officer confiscates your driver license.

If a police officer decides to arrest you for a DUI, he is required to take your California driver’s license and issue you a temporary license good for thirty days.  If you do not have a California license, but instead you drive on an out-of-state license, the officer has no authority to confiscate out of state license.  Yet, do not make a mistake of ignoring the DMV process, if you were arrested for a DUI in California, your out-of-state license will be suspended if you lose a DMV hearing.

Van Nuys DUI lawyer will contact the DMV on your behalf to “stay” a suspension of driver license that is scheduled to take effect in 30 days after the arrest.  Once DUI attorney Van Nuys contacts the DMV, the DMV will prepare another “temporary driver license” that will allow you to drive until a DMV hearing and avoid driver license suspension.

DUI attorney in Van Nuys will request a hearing on your behalf and will defend you at the APS hearing.  Your presence at the DMV hearing is not required but can be important when your testimony can prove to the DMV that you are innocent.

HOW VAN NUYS DUI ATTORNEY WILL FIGHT YOUR CASE?

In addition to contacting the DVM, Van Nuys DUI attorney will, in some cases, contact the arresting police officer or the prosecutor to attempt to convince them not to file a DUI criminal case.  Contacting the arresting officer or the prosecutor can be very important in cases that involve mistakes made by the police in wrongfully deciding that you are a driver or that you were over the limit.  If the police wrongfully arrested you for a DUI, call Van Nuys DUI attorney right away to start us working on defending your case.

During a DUI investigation, police will ask you to submit to a field investigation.  A field investigation involves a series of filed sobriety test the typically culminate with a DUI breathalyzer test called a preliminary alcohol screening test (or PAS).  This alcohol breath test is not an evidentiary test but a test to determine presence of alcohol only.  The reason police offer DUI suspects to submit to PAS test at the end of the investigation had to do with a requirement that a person have to be observed for fifteen minutes prior to the PAS.  The police wants to observe a person for 15 minutes to make sure that the PAS test is not contaminated by smoking, chewing gum, eating, throwing up, etc.

The police tries to do two PAS tests that are usually taken at least 2 minutest apart to make sure that the results are more accurate.  A PAS machine needs to be reset with a blank after every use and a different mouth piece will be used prior to the repeat test.  The PAS test can be very unreliable especially during the absorption phase of the alcohol consumption and can be very damaging to your case.  You are not required to submit to the PAS test, however, you are required to submit to the evidentiary breath or blood test and is offered after the arrest.  Call our office so that Van Nuys DUI attorney can explain to you your rights and defend you if your rights were violated by the police.

In addition, some police agencies will use less common hand-pat test, alphabet test, or finger-to-nose test.  Even if you do well on these field sobriety tests, you might not be able to avoid a DUI arrest.  Police often look for slight deviations from the test and considers them to be a clue for a DUI investigation and to help police officer to prove the case against you.  DUI attorney in Van Nuys recommends that you do not submit to a field sobriety test because more often then not, they will hurt you.

Van Nuys DUI attorney will help you defend your DUI case in Van Nuys.  Our excellent results speak for themselves.  Van Nuys DUI lawyer handled hundred of DUI cases in Van Nuys over the years.   Top DUI Van Nuys LA attorney can help you win your Van Nuys LA DUI.  Call one of the best DUI lawyers in the city (818) 921 7744 to help fight your criminal case.