Home > Blog > How long does a DUI stay on your record in California?

How long does a DUI stay on your record in California? 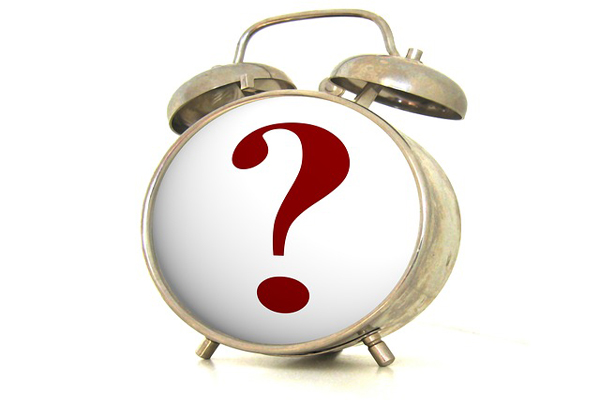 In California, a DUI will stay on your driving and a criminal record for 10 years.

The 10 years are counted from an offense date to an offense date and not from conviction date to conviction date.  A prior DUI, when charged by the prosecutor, is deemed a “prior”.  The “priors” or “priorability” is legal terminology for a type of offense that carries a more severe punishment for repeat crimes.

For example, a second DUI arrest within 10 years of a first DUI arrest will be filed as a second DUI and will carry mandatory jail time.  Instead, if there are more than ten years between your first and second DUI cases, the DUI will be only a “first” DUI even when you have another DUI on your record outside of the ten years period.  But even when the DUI is outside of the ten-year period, the prosecutor will see it and consider it in making sentence recommendations.

Click on the links below to go directly to your topic of interest.

Can You Remove DUI From Your Driving Record?

A DUI expungement functions the same as any other California criminal record expungement.  A petition under California Penal Code section 1203.4 is filed with the court and then reviewed by the judge.  If the judge grants the DUI expungement, the person withdraws her plea of guilty or no contest and re-enters a plea of “Not Guilty” and then the case is dismissed.

But if you are convicted of a DUI, you can not remove the DUI from your driving record for 10 years.  The driving record is usually not included in a background check and cannot be seen by your potential employers.

What Alternative Charges Carry Points But Avoid A License Suspension?

How Long Will a DUI stay on your criminal record in California?

A DUI is a misdemeanor offense that is considered a crime. All crimes, including DUI cases, will be recorded by the California Department of Justice and will remain on your record forever.  Thus a DUI will be a permanent part of your criminal record.  But, if a DUI is expunged, it will look far better on your criminal record. The reason to get an expungement is to improve the criminal record and to improve your chances of private employment.

Pursuant to California Penal Code 1203.4, expungements are an excellent way to “hide” a conviction because your DUI record will say that “a guilty verdict is withdrawn and a not guilty plea is entered and then the case is dismissed”.  Most people will see expungements as evidence of dismissal and will accept a Penal Code 1203.4 dismissal as proof that the DUI is no longer on your record.  If you were convicted of a felony DUI, then, an expungement will make you eligible to apply for a certificate of rehabilitation which will also become an application for a pardon.  At the same time as expungement, for a felony, you can apply to reduce your felony DUI to a misdemeanor.  The law on this is clear, a reduction for a misdemeanor is a reduction for all purposes.  This is a huge benefit for any who is convicted of a felony DUI.

If you were represented by a DUI Lawyer for your original DUI case, that attorney will usually handle the expungement proceedings as well or you can our office for a free consultation about your case.

Will a DUI Always Show on Your Background Check?

A DUI conviction does appear on criminal background checks in most cases. Related charges, such as impaired driving or refusing a breath test, can also show up. However, DUI arrests will not always show up.

The difference between an arrest and a conviction may matter to your future employers. If your DUI case was dismissed in court, your criminal record will note that the charge was dropped and you’ll avoid being labeled as a “criminal.”

Effective January 1 of 2018, a new law in California allows persons arrested but not prosecuted to apply to the courts to seal an arrest.  Prior to this, only a complicated petition for factual innocence could be used to remove the arrest from your record.  Petition for factual innocence is based on California Penal Code section 851.8.  That process required either agreement from the police or a hearing in front of a judge.  Under the new law, an arrested person, whose case was not filed, can apply to seal the arrest under California Penal Code section 851.91.  This is a much-simplified procedure that should result in automatic sealing of the arrest.   Penal Code Section 851.87 even allows the filing of a motion to seal arrest after a pre-filing diversion using the same form.   In California, it can be filed on a judicial counsel form CR-409/410.  A person whose arrest is sealed is however best advised to answer that he was arrested but the case was never filed and subsequently sealed under PC 851.91/92

How many Points will be on Your Driving Record after a DUI?

The Department of Motor Vehicles uses these points to assess how much of a risk you are to other drivers, and insurance companies use them to calculate your insurance rate.

More points will mean a higher insurance premium. Additionally, the points are used by the DMV to determine if you are the negligent operator. A determination that you are a negligent operator may suspend your license and you will need a drunk driving defense attorney to keep it.

Do Alternative Pleas To DUI Avoid points on Driving Record?

How long does a DUI affect your insurance in California?

Even though a DUI may remain on the criminal record for the rest of your life, insurance companies usually pay attention only to your state’s department of motor vehicle (DMV) record. After this 10-year period, the DMV will not count the DUI against you. After the 10 years, your insurance rate should be the same as for a driver who does not have a DUI on his record.

For a more detailed analysis of your case and to answer all your questions, please call our office to talk to an Affordable Los Angeles DUI lawyer.

16 responses to “How long does a DUI stay on your record in California?”