Home > Blog > How Will DUI Affects Your Car Insurance

How Will DUI Affects Your Car Insurance 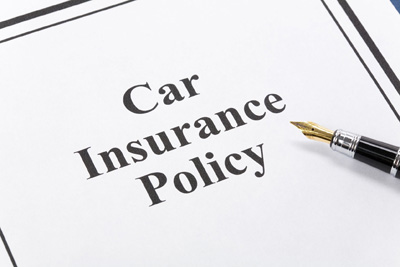 This article discusses How DUI Affect Your Insurance.  Click on the links below to go directly to your topic of interest.

Driving under the influence or driving while intoxicated, commonly referred to as DUI and DWI, is one of the several societal problems that the criminal justice system in California tries to address.  Many DUI judges and prosecutors in Los Angeles believe that DUI is one of the most serious crimes in existence.  This position is not supported by evidence and instead is based on a belief that a person who drinks in drives in Los Angeles will eventually cause an accident and kill someone.  This thinking is based on data that in the United States, DUI-related deaths account for 31% of all motor vehicle fatalities.  For that reason, States put a lot of money into arresting and prosecuting DUI cases.  In California, there are around 200,000 DUI arrests every year.  Not all DUI arrests result in prosecutions, but the statistics are staggering and is equal to over 500 DUI arrest each day.   Because Los Angeles is the most populous country in California, a lot of those 500 arrests are actually DUI arrests in Los Angeles.  Because a garden variety DUI offense, without aggravating factors, is a misdemeanor, most Los Angeles DUIs are misdemeanors.  Such aggravating factors include multiple priors, injuries, or prior felony DUI arrests within 10 years.  The penalty for a DUI case varies from:

The penalty also varies for the driver’s license (involving DMV mostly) such as license suspension and/or revocation.

Apart from the DUI legal consequences, a person arrested for DUI in Los Angeles will have collateral consequences of a DU – such as an increase in his car insurance rate and possible cancelation of his policy.   For example, often, after a DUI arrest in Los Angeles, an insurance company might cancel your car insurance and or even refuse to cover damage to a car by saying that a DUI violates the terms of their policy.

Here are some pointers on how to deal with the insurance company after a DUI in Los Angeles.

How Does a DUI Affect Insurance Premium

After the policy expires, it is more common for the insurance company to refuse to renew the insurance policy or to signficantly increase the amount of money due for a premium.  An average car insurance rate will increases by 94% in the first year after a DUI conviction and even by the end of 3rd years after the DUI, the premium will remain 63% higher.  Upon renewal, the insurance company can also change the coverage conditions so that certain coverage for damages and liabilities will be reduced or left out.  For example, many insurance companies will not sell coverage higher then $100,000 per person or $300,000 per accident.

Will a DUI Increased My Insurance Payments?

The DMV will require you to file an insurance form, called SR 22, after a DUI arrest or after you lose a APS DMV hearing.  For refusal DMV hearing, there is no SR-22 requirement.  If you tell your insurance company that you need an SR-22, the insurance company might find out about your Los Angeles DUI and not renew your policy or ask for a lot more money.  If you’re submitting an SR 22 document following your DUI arrest Los Angeles, you’ll paying money money to your car insurance company because they will consider you as a “high-risk” driver.  But, it is always a good idea to shop around for cheaper insurance or better coverage.

Example: You are arrested for a DUI in Los Angeles and you refused a chemical test.  The DMV refusal hearing will result in at least 1-year license suspension.  However, because there was no finding of .08, SR22 is not required to reinstate the license.  If the criminal case is settled for a “not DUI” charge, there will not an obligation to provide SR22 to the DMV.

How Long Will a DUI Affect the Insurance Cost

Each state establishes the period of a DUI record differently. In California, an alcohol DUI or drug DUI convictions will show up on your record for 10 years. Even though a DUI may remain on the criminal record for the rest of your life, insurance companies keep your insurance rate high only for 10 years after the DUI.  After 10-year period, the DMV and the insurance companies will not count a DUI against you. Thus, after 10 years, your insurance rate will be the same as for a driver who does not have a DUI on their record.

Do I have to Inform the Insurance About a DUI

Can Insurance Company Find Out About a DUI?

If you are facing a DUI case, please call Los Angeles DUI Attorney for a free personal consultation about your case. Los Angeles Drunk Driving Defense Attorney provides qualify representation at an affordable price and can get the best result for you by negotiating a plea bargain offer that you will like or taking your case to a jury trial.