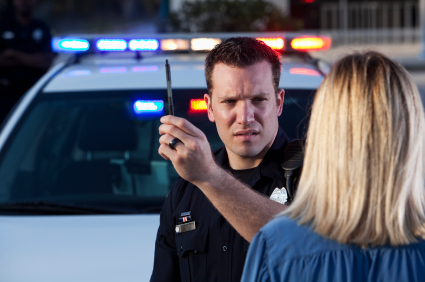 This article discusses Unreliability of Horizontal Gaze Nystagmus test during DUI stop.  Click on the links below to go directly to your topic of interest.

One of the most common crimes in Los Angeles county is a DUI.  If you are investigated for a DUI, the DUI investigating officer may ask you to submit to a series of filed sobriety tests.  The field sobriety tests are a series of tests that suppose to help an officer to determine if the driver is under the influence of alcohol.  The most commonly used FST tests (and the ones approved by NHTSA) are the One Leg Stand (OLS), Walk and Turn (WAT), and Horizontal Gaze Nystagmus (HGN).   Because NHTSA approved those three tests, they are collectively called, Standard Field Sobriety Tests (SFST).  NHTSA determined that One Leg Stand Test, Walk and Turn Test, and Horizontal Gaze Nystagmus Test are three most reliable test to determine intoxication.  Most police agencies use those three tests during Drunk Driving Investigations.

Most law enforcement rely on National Highway Traffic Administration(NHTSA) research from 1970th to determine if you are above the Legal Blood Alcohol Level of 0.10%.   The horizontal gaze nystagmus test is considered a “standardized” test because it was scientifically tested in 1975.  The 1975 experiment determined how accurately can police officers approximate the number of people who would be under the influence of alcohol.

The remaining two standardized tests are Walk and Turn and One-Leg-Stand. The validity of the 1975 findings were confirmed with “validation studies” in 1995, 1997 and 1998. The CHP manual states that the use of these three tests will allow the officer to determine with 90% accuracy if someone is under the influence of alcohol. For defense, having a police officer conduct a standardized field sobriety tests can be a major handicap because of its perceived accuracy.

It is argued here that NHTSA tests are inaccurate and produce a lot more false positives then claimed by NHTSA.  NHTSA research was conducted by psychologists who did not use control groups – a practice that would not be approved by current standards of scientific research.  Moreover, blood samples were not taken during NHTSA studies – instead NHTSA relied on breathalyzer results.  Breathalyzer results are notoriously inaccurate especially if breath sample is provided within a short time of consumption of alcohol.

You need help of an experienced DUI attorney to convince prosecution of the tests unreliability and to present arguments why the DUI should be dismissed. Currently, Horizontal Gaze Nystagmus test is the most widely applied procedure in United States law enforcement for detecting alcohol intoxication during field sobriety test.  The courts accept it as evidence equal to chemical testing.

My purpose here is to point out why Horizontal Gaze Nystagmus (HGN) is not as reliable as NHTSA claims it to be.

In Los Angeles DUI courts you will need help of a DUI specialist to argue for dismissal of your DUI case based on unreliability of Horizontal Gaze Nystagmus test. 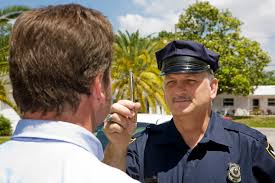 Horizontal Gaze Nystagmus is involuntary jerking of the eye associated with consumption of CNS depressants (such as alcohol).  What an officer investigating DUI looks for when he shines a flashlight and holds a pencil is that jerking.  The jerking suppose to increase with higher level of alcohol in blood.

To properly administer the test, officer need to

(3) hold a pen (or stylus) 12-15 inches from face of the driver and slightly above the eye level.

The instructions that officer provides to a person suspected of a DUI are simply to follow stylus (or pen) with eyes only and without turning head.  The officer must inform the driver suspected of a DUI that he will “check his/her eyes”.

The officer will look for 6 validated clues to determine if a person is impaired (3 in each eye). If 4 out of 6 clues are present, the test is considered to be 77% accurate in determining that a person is above .10% BAC level. The case law, however, does not allow an officer to testify that presence of nystagum can be correlated to a specific alcohol level (People v. Loomis). Notice that a 77% accuracy means that 23% of people or almost 1 in every 4 people will not be under the influence of alcohol. For example, the presence of nystagmus can evidence of a neurological condition.  Also, some people have nystagmus completely unrelated to any alcohol consumption.

(2) distinct and sustained nystagmus at maximum deviation; and

Medical literature criticizes Horizontal Gaze Nystagmus test on a side of the road because  various medications (even if not affecting driving),  disease and congenital reasons can cause HGN.  This is especially true when the test is conducted by an officer who is experienced and only completed a short course on DUI investigations.

(1): Not holding the stylus within proper distance from driver’s face.

(2): The light from police car or other vehicles interferes with testing (and actually cause the nystagmus).

(3): The test is done too fast.  According to NHTSA manual, the test should take no less than 84 seconds and consist of 14 passes in total with 7 for each eye.  In total, each eye is measured 4 times measuring (a) equal tracking (b) smooth pursuit (c) maximum deviation (d) onset angle of nystagmus.  The determination of equal tracking is done 1 time; however, other 3 tests are done twice to confirm the results.

An officer who conducts a horizontal gaze nystagmus test is required to be trained in administration of the test. If the test is not performed according to the standard criteria, the test can not be deemed valid. During the nystagmus test, the subject of the test should take his glasses off and the stimulus used to administer the test should be kept at 12-15 inches from the nose of the subject. If the officer does not follow these instructions, the test will be invalid because it violated the original test instructions.  During the nystagmus test, the officer will attempt to observe the tracking ability of the eyes and the size of the pupils.  Also, the officer will note any the lack of smooth pursuit, if the distinct nystagmus is present at the maximum deviation, and if the nystagmus starts prior to the 45% angle.

A 2010 study published in a journal of Investigative Ophthalmology and Visual Science (May 2010 issue, Volume 51, No. 5) debunked value of HGN by pointing out that:

That study addressed law enforcement reliance on one of HGN cues, “onset prior to 45 degrees”.  The study concluded that horizontal gaze nystagmus  was present in:

Previous study by Abel in 1978 only had one person show HGN at 20 degree angle.  This 2010 study by Chad Whyte, Anne Marie Petrock and Michael Rosenberg showed much higher occurrence of HGN in general population and indicated that “most of their subjects (who were all sober) would fail HGN test in the field.  NIHTSA have to either redo their study or suspend their recommendation of HGN usage for law enforcement.  Until that happens, you will need help of our expert DUI lawyers to defend against junk science used by police.

If you are arrested for a DUI, please call (818) 921 7744 DUI Attorney Los Angeles to talk to someone who is qualified to help you defend your case. Los Angles DUI attorney is known for his dedication to his clients and his ability to get the best results for his clients in the most desperate situations. We offer great payment plans and can help you not only in court but also at the DMV. Our top Los Angeles DUI lawyer is able to provide quality defense at affordable price.