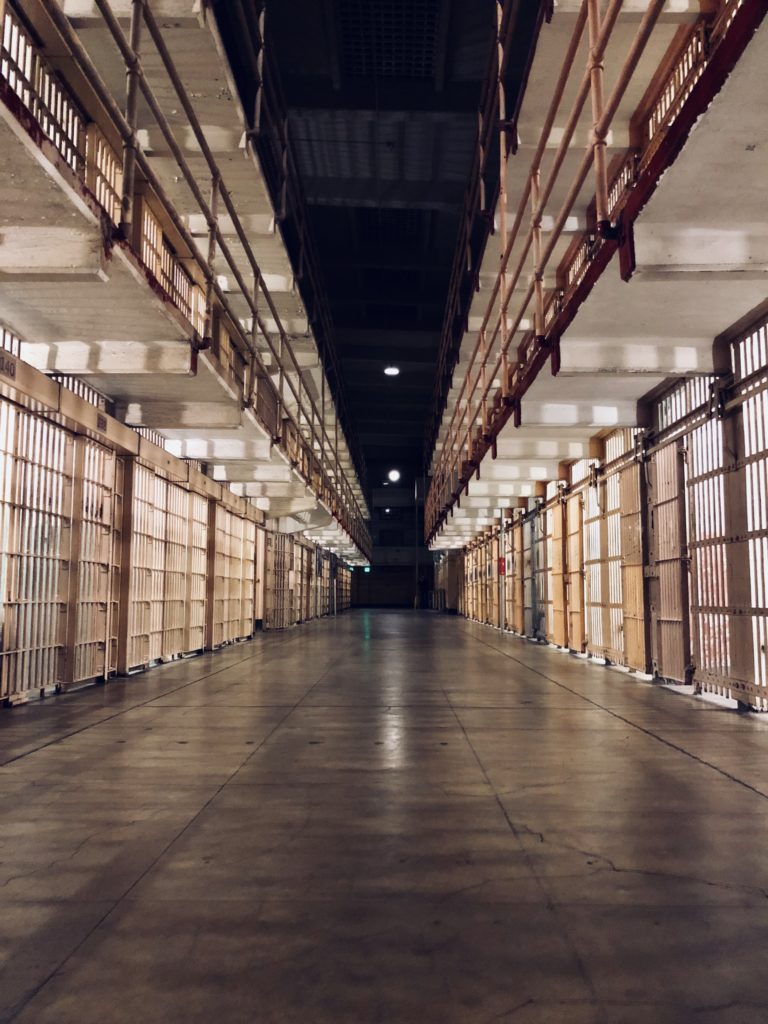 Jail Sentence and Booking in Jail

If you are facing a criminal offense, the punishment can include jail. The punishment for a criminal case is referred to as sentencing and is carried out by a judge. Not all cases include jail time, but when a person is sentenced for jail time, the judge can order defendant to either be taken into custody in court or the judge can order the person to report to jail for serving his sentence. In many places, there are too many people in jails, and many people are kicked out of jail before they complete their sentence. A decision to let a person go before the completion of his jail sentence is done by the county sheriff. In some places, like San Bernardino, the overcrowding is so severe, that jails will lets people out even when bail is set. A release like that violates judges order, sometimes causing friction between judges and the Sheriff. Years ago, when Paris Hilton was sent to do 45 days in jail for her probation violation, LA County Jail released her too early. This created unnecessary publicity and angered the sentencing judge, who ordered the Sheriff to take her back into custody. She completed her jail sentences as ordered but, this was an unusual case because of publicity. Usually, most defendants spend between 5 to 10 percent in Los Angeles County Jail, unless the offense involves violence, probation violation or some other “more serious” offense. This is also the case in San Bernardino and Riverside where the overcrowding will cause defendants to be released under a “fedkick”, to wit, a federal judge order to keep jails not overcrowded.

What is Sentencing Credits?

At the time of sentencing, the judge will give credits to defendants for any time spend in custody. For example, when a person is arrested and laters bails out, he will be given credit for any partial days spend in custody.
Prior to AB 109, passed by the voters in 2011, only defendants prior to sentencing, defendants on probation and misdemeanor cases would be sent to the local county jail. All felony defendants who are not placed on probation would go to the state prison and would be released on parole after the state prison sentence completion. After AB 109 passed, it was put into a statute as California Penal Code section 1170(h). PC 1170(h) sentences for many crimes are now not carried out in the local jail. This was done to alleviate the overcrowding in the State Prison system. Of course, the change added more pressure on the local jails and further increasing the chance of being kicked out early. Criminal cases do not have to include jail sentence, however, Not all criminal cases involve jail time, but recently, it seems worth it for defendants to convert all punishments into local jail time as long as it is not PC 1170(h) sentence. For example, a sentence for a misdemeanor can involve significant fines and community work. If the defendant is already being sentenced to county jail, adding few extra day instead of paying very expensive fines will most likely not increase actual time spent in jail.

At the time of sentencing, the judge will ask the defendant (or his lawyer), if Defendant has any credits towards his jail time. By saying that the judge means any time that the defendant spent in jail prior to being sentenced, such as the time defendant spend in jail after his arrest. Credits are the time a defendant spent in police custody.  If the defendant was released prior to going to court, that time he spends under arrest will apply towards the sentence. Under California law, any part of a day in custody is counted as one day (California Penal Code section 2900.5).  So, if the defendant gets arrested at 11 pm and then police decide to release him or her the next day at 3 am, he or she will be entitled to credit of two days.  That credit can be used towards fine at a rate of $130.00 per day or towards community work at a rate of day per day.

The authority for using credits is found in California Penal Code section 4019(a)(1) that specifically permits credit usage from the time of arrest.  Some argue that California Penal Code section 2900.5. contradicts that by stating that: (a) In all felony and misdemeanor convictions …, all days of custody … including days … credited … pursuant to Section 4019, . . . shall be credited upon[the] term of imprisonment …  That position is supported by People v. Ravaux (2006) 142 Cal.App.4th 914 where Court of Appeals for San Diego (4/1) opined that custody credits are not to be given for merely being in the custody of police and start only from the time defendant is booked into a county jail.

Maybe PC section 2900.5 is applicable to state prison commitments only because it is placed by the legislature into Title 1 of Part 3 of the Penal Code which is titled “Imprisonment of Male Prisoners In State Prisons”?  On the other hand, maybe section 4019 is the appropriate section to use in misdemeanor sentencing because the legislature placed it in Title 4 of Part 3 of the Penal Code, titling it, “County Jails, Farms, and Camps”.  By separating the code sections by titles, the legislature could have intended to treat misdemeanors differently and permit usage of arrest credits. As a matter of practice however, the courts in Los Angeles are pretty liberal in giving credits for being in custody and will use arrest time as oppose to booking time.  But you or your attorney has to bring up this issue, or else forgo the pre-booking custody credits.

What is Pre-Booking Jail?

What is Book And Release Procedure and How Long It Takes

The courts and law enforcement are able to track defendants through fingerprints. The fingerprint is taken upon booking into jail. If a person is only cited for a case (or received a letter that tells him that a criminal case is being filed) the jail will not have his fingerprint and it would be more difficult to match a defendant with his criminal case. To make sure all defendants are matched to their criminal cases, the courts often order that a person be booked and released. When the courts orders a book-and-release, a defendant is provided a court order that looks like a simple peace of paper that needs to be taken to a police stations to be given to a jailer. A jailer will take the court order and book the person into custody and immediately release. Booking process involves taken a photograph, a fingerprint, and some biographical information. This is, once again, done for no other reason but to be able to connect criminal record to a person.

Because DUI is considered a low priority offense, the jailers will often release DUI offenders early or offer work release to DUI defendants. For example, a person sentenced to 120 days can be offered to complete her jail sentence on a work release schedule. This way, the defendant will not be in actual jail, but will come to work for the sheriff during the day. In other counties, such as San Bernardino, the jails are so overcrowded that virtually all defendants qualify for work release. Because no actual jail time is imposed, the jail does not have to provide good time work time (PC 4019 credits). As a matter of practice, San Bernandino does give California Penal Code 4019 credits for work released defendants.

How To Calculate Credits For Time Served.