OUT OF STATE DUI PRIORS 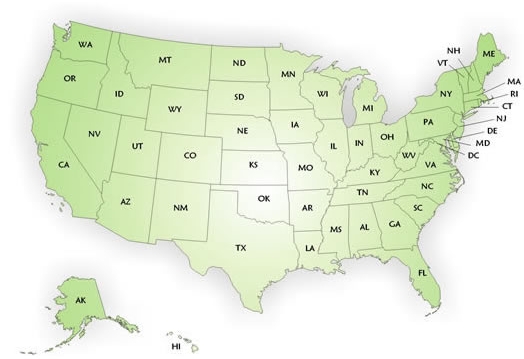 In this article Los Angeles DUI Defense Lawyer discusses Out Of State DUI Priors.  Click on the links below to go directly to your topic of interest.

A DUI in California is a unique crime because it is priorable.  Priorability means that some older convictions can be used to increase the punishment for newer convictions.  In the case of a California DUI, the priorability of a DUI is ten years from one DUI arrest to another DUI arrest.  For example, a second Los Angeles DUI within 10 years or a prior DUI in Los Angeles is punished more severely than the first offense DUI and a third offense DUI is punished more severely than the second offense DUI.  A fourth-offense DUI in Los Angeles will be “upgraded” to a felony DUI.  This change in the number of priors will not only increase the level of the offense from a misdemeanor to a felony, but it will also increase the punishment of having to be committed to California State Prison.  Fourth-offense DUI arrest can result in a probationary sentence, but it can also result in 16 months, 2 years, or 3 years in the State Prison.  The concept of probability is similar but not the same as having the prosecutor ask for a harsher sentence for a repeat offender.  For example, if you have a prior DUI in Los Angeles, the prosecutor will likely ask for a harsher sentence, even if the prior is outside of the period.  We do recommend contacting a Los Angeles DUI defense attorney if you are facing DUI with a prior.  The law is drafted to punish a person who reoffends on a DUI more harshly.  A second-offense DUI requires a minimal jail sentence, a longer alcohol program, longer DUI probation, and a higher possible maximum jail sentence (the first offense’s maximum jail sentence is 6 months in the county jail, whereas the 2nd DUI offense has a maximum jail sentence of 1 year in the county jail).  This is in addition to discretionary punishment, such as a “victim impact program” (or MADD), community labor, community service, a higher fine, and other punishments often requested by the prosecutor.  Please contrast DUI with the crime of Petty Theft in California.  A Petty Theft repeat offender statute does not mandate an increased jail sentence or any custody exposure at all (however, a few years ago, petty theft with a prior was a more serious offense, and 4 prior petty theft convictions used to be punished as a felony).

Attorney DUI Los Angeles: How A Prior DUI Is Proven

To prove a prior DUI offense that occurred in California, the prosecutor or the DMV will introduce a certified record of the conviction to show that the priors are one of the enumerated offenses and that the former offense date to the later offense date is within the required ten years period.  Establishing a prior is rarely a problem in California unless the defendant pleads to reckless driving, which can be either a “wet reckless” or a “dry reckless”.  A “wet reckless” is priorable as a DUI, whereas, a “dry reckless” is not.  Because of that, when the alleged prior is “reckless driving”, it is important to check the actual record of the conviction to see if the record properly establishes the prior.

It is easy for a prosecutor to prove a prior California DUI conviction.  It becomes more difficult when a prior DUI is not from California.  Because the laws in other states are different than in California, a prior DUI might not be valid despite an out-of-state prior DUI conviction.  The invalidity of the prior is based on the definition of a DUI in California versus the definition of a DUI in other states.  California DUI Law punishes “driving” whereas many other states punish “actual physical control” or “operation” of the vehicle.  In Criminal Defense DUI circles it is known as “control state” vs. “operation state”.   This is a significant difference where a person who was not driving in California can not be found guilty of DUI and can be found guilty in many other states simply because he or she is in control of a vehicle or operating a vehicle without driving it.

Draeger v. Reed is the most important case on how an out-of-state DUI prior can be used in California.  In 1996 Noel Luis Draeger was arrested for a DUI in Nevada county and prosecuted for a DUI in California.  The District Attorney filed a DUI with a special allegation of a prior conviction from the state of Florida but subsequently dismissed the special allegation on its own motion because they determined that the conviction under Florida law can not qualify as a conviction under California law.  The DMV took a harsher position against Mr. Draeger and suspended his driver’s license for 18 months based on California and Florida convictions.  Mr. Draeger appealed the DMV decision in Superior Court and the court ruled in his favor, ignoring the facts underlying the Florida DWI conviction and focusing on Florida’s broader definition of the offense.

In short, a DUI from another state can be proven in California to enhance punishment when the abstract of conviction is specific to driving.  If the abstract is not specific as to driving, the DMV can enhance a punishment only when a citation that shows driving is part of the record of the conviction.  Many prior offenses that are charged in California as priors can not be proven as DUI because under California law they legally not DUI but are drunk in public violations, which is a violation of  California Penal Code section 647(f).

California Vehicle Code section 41403 allows striking a prior DUI conviction during a pretrial hearing if the conviction is unconstitutional.  When you are not sure if your prior DUI conviction was constitutional, call our office: we will help you determine the validity of a prior DUI conviction.  For example, call us, if you did not have a lawyer during your old DUI case in Los Angeles or not and pleaded guilty.  It could be a violation of “Faretta” rights to counsel; such is a situation where the waiver was invalid and you gave up your constitutional right to have a lawyer without understanding the benefits of having one.   This is a common situation in many DUI Los Angeles courts.  Similarly, if your lawyer during your prior DUI case in Los Angeles did not explain the consequences of pleading guilty, you might have given up a constitutional right to “effective counsel”.  Another situation comes up when during your old DUI case,  in Los Angeles or not,  the court did not make sure your guilty plea was “knowing and voluntary”.  Courts, just like people, make mistakes, causing your old DUI guilty plea to be invalid.  This will have huge consequences for your DUI defense in Los Angeles because it might allow you to reduce your Felony Los Angeles DUI case to a misdemeanor Los Angeles DUI case.  For example, I saw a Los Angeles DUI court did not tell a defendant during a Los Angeles DUI plea that they have a right to a jury trial.  Thus, that person’s due process rights were violated and if he ever needs to fight the validity of his prior DUI, he will win.  If you call Los Angles DUI attorney, we will help you figure out this complicated legal question.  Being able to dismiss a prior DUI is winning and often means that you can go from mandatory prison to probation or from 120 days in jail to 4 days etc.

In any trial, where a prior is charged, the court is required to check the constitutional validity of the prior conviction.  The prosecutor has a burden of proof of any prior conviction – therefore if you were not given your right or if there were any other defects in the priors, the prosecutor must strike the prior.  As mentioned above, this can help you avoid felonies or long jail time.

Los Angeles DUI attorney can help you win your case.  If you are charged with a DUI with a prior from another state call our office to see how we can get the priors dismissed.  In addition to our main office located close to 1945 S. Hill,  Metropolitan courthouse,

Los Angeles DUI lawyer has an office in Woodland Hills, not far from the Van Nuys DUI court and the San Fernando DUI court.

We will help you WIN your case in court and at the DMV.  You or your lawyer must contact the DMV within 10 days of arrest to request a hearing or lose the right to have a DMV hearing.