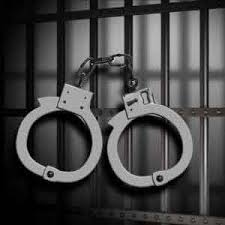 In this article, Los Angeles DUI Lawyer discusses “Watson Murder”, which is a DUI that resulted in a Death and is Charged as Murder.  Click on the links below to go directly to your topic of interest.

What is “Watson Murder”

Driving under the influence, abbreviated in California as a DUI, is defined as driving while under the influence of alcohol or drugs, or both.  In California, as in many other states, DUI is also defined as driving with a blood alcohol content at or above .08%.  Thus, there are two different ways to define the crime of DUI.  In Los Angeles DUI prosecutions, the prosecutors will charge both crimes because some people are not impaired when their blood alcohol level is .08% or even higher, and others are impaired at a lower level than .08% BAC.  California DUI crimes are found in the California Vehicle Code sections 23152 and 23153.  Usually, a person arrested for a DUI in Los Angeles, or anywhere in California, can face an aggravated DUI when one of several factors is present.

Because a DUI driver causing an accident is what Agnelinos fear, Los Angeles DUI prosecutors demand a harsher sentence for Los Angles DUI drivers involved in a traffic collision.  An accident is what causes the “victimless crime” of DUI to be transformed into a crime with an actual victim – the injured person.   A DUI driver in Los Angeles that causes an injury to someone is often charged not with a simple DUI, but with an “Injury DUI”, which is a different statute with different punishment (California Vehicle Code section 23153 instead of California Vehicle Code section 23152).  A DUI driver in Los Angeles that causes a “serious” injury, may, and often will be charged by Los Angeles DUI prosecutors with a felony DUI.  A felony DUI is a more serious DUI that in some cases can be a “strike offense” under California’s Three Strikes Laws.  A DUI inherently is not a “strike” offense because a DUI is not a violent or serious crime.  A crime becomes a strike when it is listed as one of the crimes in either California Penal Code section 667.5 or California Penal Code section 1192.7, which define “serious” or “violent” crimes.  A violent crime is a term of art, thus a DUI with injury involves violent conduct, but it is not a violent strike.  However, a DUI can become a strike, when a Great Bodily Injury special allegation is charged under California Penal Code section 12022.7.  Because Great Body Injury is listed in both PC 1192.7(c)(8) and PC 667.5(c)(8)), DUI will become a strike.   This, (c)(8) matching paragraph in both PC 667.5 and 1192.7 makes a DUI with great bodily injury, both violent and serious strike.  The discussion of serious v. violent strike is a complicated topic in itself and beyond the scope of this article – suffice it to say that a GBI allegation under California Penal Code 12022.7, makes a person ineligible for 50% credits and adds 3 years to a possible prison sentence.   Additionally, a person who has a strike on his record can face a doubling of his sentence for future crimes.

If someone dies after a DUI-related accident, Los Angeles District Attorney can and often does charge murder, which is a violation of California Penal Code section 187(a).  Such a murder charge based on a DUI in Los Angeles that resulted in a death is a second-degree murder that carries, upon conviction, a sentence of up to 15 years to life in the California State Prison.  Such DUI is commonly referred to as “Watson”, murder and is one of the most severe offenses that a Los Angeles DUI driver can face because it carries a life sentence, which is the most severe punishment that Los Angles DUI driver can face.

The expression “Watson murder” comes from the 1981 California Supreme Court case of People v. Watson.  That case involves a discussion on whether or not it is possible for a person who has no intention of killing someone to be guilty of murder.  The court decided that it is possible based on an “implied malice” doctrine.   In Los Angeles DUI prosecution, unlike for example, in Orange County DUI prosecutions, it is rare to be charged with murder if the impaired driver had a clean record prior to a DUI that resulted in death.  The reasons Los Angeles DUI prosecutors do not charge Watson “murder” during 1st DUI where someone dies, have to do with an argument, often raised by DUI drivers that he had no knowledge of how dangerous is a DUI.  Usually, in Los Angeles DUIs, if someone dies as a result of a DUI, and there is no prior criminal record, Los Angeles DUI prosecutors will charge vehicular manslaughter instead of murder.  There is a big difference between manslaughter and murder because vehicular manslaughter carries a maximum punishment of 10 years, whereas murder carries a punishment of life in prison.

For Los Angeles DUI, prosecutors normally only charge you with murder if you have been told before about the dangers of drinking and driving.  This is known as the “Watson admonition”— and is an official warning that is given to most persons who are convicted of DUI.   This “admonition” is also part of plea forms and all judges read it into the records at the end of a DUI plea.   For Los Angeles DUI, when one does not have a DUI conviction in the past, a Los Angeles DUI defendant that caused someone to die, will probably be charged with gross vehicular manslaughter while intoxicated or vehicular manslaughter while intoxicated only.  Recently there has been a trend to prosecute cases that do not have prior DUI convictions.  For example, in a recent case of People v. Davion Murphy, a Los Angeles case that was prosecuted in Lancaster for a DUI causing death, a Watson Murder, the notice element was based on a multi-day class that Murphy took as a minor.  This class was taken 3 years prior to the collision to educate minors on dangers of drunk driving in Los Angeles and elsewhere.    This class was taken 2 years prior to Mr. Davion Murphy getting a California Driver’s License.  At the time Davion Murphy applied for driver’s license, the application form had a “Watson Advisement”.    Watson Advisement reads in relavant parts:

Elements of the “Watson Murder”

In California, a jury can only find you guilty of Watson’s “DUI” murder if they believe that you acted with “implied malice”.  To prove “implied malice” Los Angeles DA has to prove to the jury that:

There is no requirement that a DUI driver intends to kill someone in a Watson murder prosecution.  Because the act is “implied malice”, it is proven by drinking and driving while knowing that someone might die as a result of that driving.  In contrast, first-degree murder requires an actual intent to kill.

A person found guilty of a DUI second-degree Watson murder will be sentenced to:

Also, a conviction for murder will be a strike, so if a DUI driver has a previous criminal record, such as 2 strikes, he can be sentenced to 25 years to life under California 3 strike laws.

If any additional victims have survived but suffered a “great bodily injury” because of the conduct that resulted in the DUI murder conviction, you can get an extra and uninterrupted DUI penalty of three to six years in prison. “Great bodily injury” is defined as a considerable injury. Also, if there is at least one surviving victim of the Watson murder who experiences any injury, you encounter an extra and uninterrupted one-year sentence for every individual up to the maximum sentence of three years.

If you have any questions about your case, call Drunk Driving Defense Attorney directly. You will get a complimentary DUI case review!