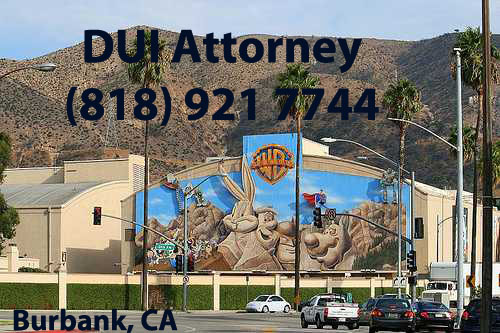 City of Burbank is located in the northern part of Los Angeles County and is part of San Fernando Valley.  The city has relatively large police force that had more then 250 uniformed police officers and civilian employees.

Burbank Police Department has several specialized units including a traffic bureau that currently has 58 uniformed police officers assigned to traffic details and DUI investigations.  As part of DUI investigation, Burbank police department sets up occasional DUI checkpoint. A police officer can not randomly pull over a vehicle and arrest you for a DUI. The police officer needs to have a reason, such as a violation of a traffic law or a car accident. If you are stopped by police without a good reason, you need to contact a DUI attorney to see if your case can be dismissed because of a violation of your 4th amendment constitutional right. After the DUI stop, police will conduct a DUI investigation primarily based on a smell of alcohol that they can detect on your breath. The DUI investigation will consist of field sobriety tests and a breathalyzer. Please keep in mind that all field sobriety test including the field breathalyzer analysis of your blood level alcohol is voluntary and can be refused with no consequences for you. The only mandatory test, refusal to which is a violation of state law is the after arrest blood or breath test of your blood alcohol level, typically done in the police station or hospital.

In addition to Burbank Police Department, DUI investigations in Burbank can be conducted by California Highway Patrol, a state police agency that is in charge of law enforcement on California’s highways. Several freeways run across the city of Burbank, all patrolled by the CHP. CHP are experts in DUI investigation and even have their own manual titled, CHP DUI manual. The office of CHP closest to Burbank is located at

Burbank courthouse has 3 criminal courtroom including 2 misdemeanor courtrooms and 1 felony courtroom.  A Bubank DUI can be filed as a felony or a misdemeanor depending on number of prior DUI arrest and the fact of your DUI investigations.  Burbank DUI attorney can defend your DUI if it is a felony or if it is a misdemeanor. A felony is a more serious charge that can result in long prison commitment and possible revocation of your driving privilege. If you are facing a DUI, call for a consultation. Our office will help you fight all DUI and DUI related charges. Please contact our office for details.  We are waiting for your call anytime of the day.

City of Burbank City Attorney Office is located at:

Office of the City Attorney

The issues that are brought up at the DMV hearing are similar but different from the issues at the Superior Court. This is especially evident during refusal hearing, a hearing that has the worse of the consequences for any case. A refusal hearing can cause a lengthy suspension with no ability to get a restricted license. Restricted license is permitted even on a 3rd offense DUI after few month, yet even on a first offense refusal hearing, the license will not be returned to you until a year passes. Burbank DUI attorney knows how to litigate all DMV issues including administrative reviews and writs. Call our office for a free attorney consultation.