Please click on the links below to go directly to your topic of interest:

Second DUI California conviction is a more serious crime then a first DUI in California because DUI is a priorable offense.

A person who is convicted of a second offense DUI within 10 years of their 1st offense DUI (arrest date to arrest date) will face harsher penalties and consequences because drunk driving offense is considered a “priorable offense”. Priorable offense is defined as an offense that carries harsher penalty for the repeat offenders. The law in California makes a DUI priorable up to ten years, which means, after a period of ten years, a second DUI California can not be charged as a second offense DUI but must be charged once again as a first offense DUI.

Penalties for a Second DUI Offense

2nd offense DUI carries a penalty of up to 1 year in the county jail and at the very least a 96 hours jail time.

The statutory punishment scheme for a second DUI offense in California allows up to 1 year in the county jail if the offense is a misdemeanor.  A second DUI can be also felony and in that event, the maximum punishment can be up to 3 years in the state prison served in the county jail pursuant to California Penal Code section 1170(h).  Further, a felony DUI can have enhancement that will increase punishment severely, for example a multiple victim enhancement adds one year for each victim.  In case of  a DUI with an injury, your DUI case can have a special allegation under California Penal Code section 12022.7, which adds 3 years to the possible jail sentence and makes your DUI a “violent” strike.  A “violent” strike is a special kind of crime in California that carries special consequences and a designation under California Penal Code section 667.5(c) that requires the defendant to serve a 85 percent of his sentence instead of 50 percent for non-strike felonies if he or she is sentenced to the state prison.

However, if there were no serious injury and if you do not have a prior felony DUI, your second DUI conviction in California can only be punished with a sentence between 0 days and 1 year in the county jail.

Note that in addition to the jail sentence, a defendant who faces a second DUI California prosecution will face a harsher driver’s license suspension.  Commonly, a court conviction for a Second DUI California will result in a two years license suspension with an eligibility to get a restricted license back after one year.  A DMV Administrative Per Se action will result in a one year license suspension that will not qualify for a restricted license under standard statutory scheme.  More recently, in Los Angeles and 3 other counties, a person can get a restricted license when he or she installs an Ignition Interlock Device. The legislature passed an Ignition Interlock Device Pilot Program that requires installation of an ignition interlock devices in vehicles operated by persons convicted of drunk driving in Los Angeles, Sacramento, Tulare and Alameda counties. The program was implemented on July 1, 2010 and initially was scheduled to expired in 2015. The legislature extended the program and now there is a talk of extending this pilot program to the entire State. The program was designed as an experiment that will evaluate effectiveness of the ignition interlocks in preventing recidivism in drunk driving. The ignition interlock device is now mandatory for DUI related convictions (specifically, CVC 23152, CVC 23153, and CPC 191.5(b)) and must be installed for 12 month for all 2nd DUI offense convictions. Presently, the defendants are not able to obtain their driver’s license after a conviction for a second offense DUI until they serves a 90 days of suspension. Any reductions from CVC 23152, such as wet reckless convictions or an administrative per se suspensions by the DMV will not require installation of ignition interlock device. The defendant can opt out to participate in the program with a wet reckless conviction but not with an APS suspension. Both the alcohol misuse educational classes and the ignition interlock devices are installed by private companies that are licensed by the state to provide these services. Most defendants pay out of pocked for both the program and the classes, however, under the law, the providers are required to offer reduced fee if defendants are unable to pay the full fee. The reduction in fees is based on federal poverty guidelines and might go as low as 10% of the full cost.

In addition to the above listed increased minimal punishments, the individual variances between prosecutorial offices policies might mandate increased non-mandatory probationary terms such that a higher fine requirement (for example $500.00 plus penalty assessments instead of statutory minimal of $390.00 plus penalty assessments) or/and an additional requirement that as a term of the summary probation the defendant is to do a Hospital and Morgue program (abbreviated HAM) or a Mothers Against Drunk Driving Class (MADD). Often as a condition of probation, on a second offense DUI, the prosecutor might demand longer jail times, longer community labor and certain number of self-help classes, such as alcoholic anonymous.

Finally, in addition to the legally mandated increases punishment for a second DUI California conviction, the courts will also most likely impose a higher discretionary punishment.  For example, the base fine for first of second DUI is exactly the same, to wit, $390 to $1000.  But because of its discretionary powers, the court is more likely to impose a harsher penalty of $450 for a second offense DUI then to have such an increase in fines for a first offense DUI.

Because second offense DUI is considered a more serious offense, a DUI probation is a lot more involved and will, by some courts, require more frequent compliance checks.

The base fine does not include penalty assessments, which operates like a taxation and increases the fine several folds to an approximate amount of $2,000.00 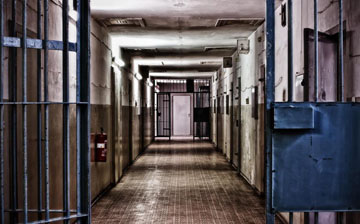 For a second DUI in California the jail time is required as a condition of all convictions even when you are placed on probation after a conviction. Any DUI conviction or even arrest can be a frightening experience because of the consequences it will have on your driver’s license, work, family and even freedom.

Second DUI in California jail time can not be more then one years.  The sentencing laws for DUI cases in California are located in the California Vehicle Code, albeit not in the same code section as the elements for the DUI but in a separate chapter that only discusses the punishment for drunk driving in California.  It is a common practice to separate punishment statutes from the element of the offense statutes in California statutory scheme.  The basic punishment section for a second offense DUI conviction in California is found in California Vehicle Code section 23540, which establishes a jail sentence of 90 days to one year, requires a fine between $390 to $1,000 and mandates your California Driver’s license suspension.  Despite CVC 23540 requiring 90 days of jail time, the next code section makes it clear that the 90 days jail time is reserved for cases that are not placed on DUI probation.  A CVC section 23542 explains that if probation is granted, then the mandatory jail time is reduced to 96 hours to be served in two increments of 48 hours each.  The courts often ignore the non-continuous requirement of California Vehicle Code 23542, permitting the persons convicted of DUI to serve 96 hours as one commitment and not separating it into two increments.  Legally, as an alternative to the 2 increments of 48 hours, a driver convicted of a second DUI in California can chose to do 10 days of jail time, which should benefit some defendants who will be able to get good time work time and spend only 5 days in the county jail.  A good time work time is a provision of a penal code authorizing a day of credit for each day in the county jail when a defendant serves at least 4 days in the county jail.  In Los Angeles county, this requirement is often ignored and a defendant sentenced to 96 hours in the county jail is likely to be released within one day. 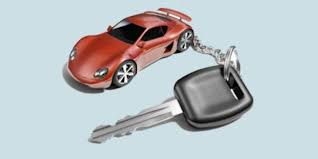 There are several possible substitutes for jail time that might or might not be avaliable in your county.

Los Angeles DUI lawyer is here to help you answer any questions and defend your case in court and at the DMV.  DUI attorney Los Angeles defended numerous cases where he his clients served no jail for second offense DUI in California.  We can help defend even the most difficult of cases.   We are dedicated to our clients and will do anything we can to get the best deal possible for you or your loved one.  We accept all forms of payments and are well known to provide quality defense at an affordable price.