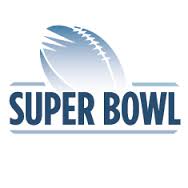 The player runs through, it’s a touchdown and shouts erupt across living rooms around the country. Football fans are ready to tune in on Sunday, February 5th, at Super Bowl parties and bars. Many of these celebrations will include alcohol consumption. The Los Angeles County Sheriff’s Department (LASD) and California Office of Traffic Safety (OTS) are encouraging fans to band together with the slogan of their new anti-DUI campaign, “Fans don’t let fans drive drunk”.

Expect a heightened alert from the local police department when driving this weekend. Police, sheriff, and the CHP will be ready to stop and arrest anyone driving under the influence at DUI checkpoints. A blood alcohol concentration (BAC) of .08 or higher is considered enough for an arrest, but even some alcohol will affect reaction times and the decision-making, that can lead to an unsafe driving. Keep in mind alcohol isn’t the only way to get arrested for a DUI these days. Prescription medication or marijuana use can all be considered in deciding that your safe driving is impaired and you need to be arrested for a DUI.

Planning a fun evening at a sport’s bar or attending a Super Bowl party at someone’s home? Plan to make sure that you or your friend are not arrested for DUI. Have a friend be a designated driver, take public transportation, call a cab, or plan to take an Uber or Lyft with your friends to avoid the temptation to drive after drinking. Be the designated driver for your friends and family. Driving after alcohol consumption does not worth the risk of arrest for a DUI.

Check out the new android and iPhone apps, Designated Driver VIP, called “DDVIP” to find nearby bars and restaurants offering freebies for the designated drivers. The awards vary from free appetizers to free non-alcoholic drinks and more. There’s also social media plug-ins and a tablet app for someone drinking to call and get a ride.

If you plan to drive during the Super Bowl weekend, take a break from drinking. Instead, enjoy the game with non-alcoholic drinks and game day foods. Look out for your friends, coworkers, and family members by arranging rides before the party begins. Be a team player and keep your friends and family from getting behind the wheel after drinking. Remember using prescription medication or marijuana could impair driving abilities also. It’s not worth the risk to public or their safety to drive after consuming alcohol and the police will be on heightened alert ready to arrests DUI drivers this weekend.

If you’re hosting the party, plan a variety of appetizers and snacks, and limit a number of drinks you serve per guest. Don’t serve more than one or two drinks per person over several hours. Talk to a couple of friends ahead of time who can agree to be designated driver and take others home or set up a “crash pad” area for friends to stay at your home if they consume alcohol and should not drive.

If you see a drunk driver on the road, call 911, says the National Highway Traffic Safety Administration. But if your friend is arrested, call Los Angeles DUI attorney, we can help defend your friend. Remember, not all DUI arrests result in conviction, our office is effective in getting DUI dismissed or reduced to non-DUI offenses.

Remember, even if you think you’re a safe driver, there are others on the road who are risking lives because they consume alcohol and other substances. Even if you only had a drink or two, your reaction time is slowed. If you are also take into account the other’s driver’s slowed reaction time, the chances of an accident are greatly increased. Plan a ride back home before starting to drink. Use the DDVIP app or make sure you have a designated driver ahead of time. Cut back on bringing more alcohol to a Super Bowl party and bring a dessert, appetizer, or side dish instead.

Above all, have a safe and fun Super Bowl weekend, and remember, “fans don’t let fans drink and drive”.