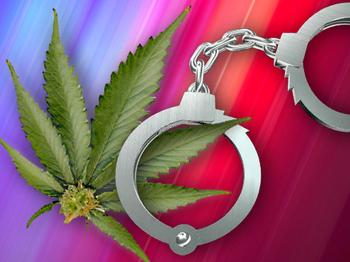 Please click on the links below to go directly to your topic of interest:

Most alcohol related DUI prosecutions in Los Angeles are based on government sponsored research from 1970th and 1980th.  That research established a link between performance on selected field sobriety tests and impairment after alcohol consumption.  National Highway Traffic Safety Administration (NHTSA) sponsored researched that standardized three field sobriety tests.  These tests are, walk and turn test, one leg stand test and horizontal gaze nystagmus test.  These three field sobriety tests are now used by most law enforcement agencies in Los Angeles. They used to determine a correlation to impairment with a blood alcohol level of .10% or more.  No similar correlation was tested for marijuana impairment.  Because of that, marijuana DUI defendants can’t be prosecuted using only NHTSA research.  Unlike alcohol, effect of marijuana on humans is not studied as extensively, probably because it still considered an illegal substance by the federal government.

Los Angeles city is using federal grants to prosecute Marijuana DUIs.  The grants involve training and hiring prosecutors and police officer to recognize symptoms of marijuana impairment.  Los Angeles City Attorney Office assigned several prosecutors to drug DUI and marijuana DUI prosecution.  The training of officers in marijuana DUI prosecution can involve certification as drug recognition expert (DRE).  A DRE is a special qualification of law enforcement that allows a police officer to testify as an expert and to give an opinion that a person is under the influence of drugs.

During DUI investigation in Los Angeles, a  DRE qualified police officer can do several thing to determine if you are under the influence of drugs.  He or she might check the pulse, look at your gums, observe presence of nystagmus (involuntary eye movement), check for the dilation of pupils, test reaction time etc.

There is no legal basis to force a driver submits to DRE for an drug examination.  Drivers suspected of DUI in Los Angeles should not agreed to do what the law does not requires them to do.  The only legal requirement for a driver is to submit to a chemical test of blood (or breath) after a DUI arrest.

Any other voluntary test will not help DUI suspect in Los Angeles because the tests are highly subjective.  Submitting to a voluntary test will only make your DUI defense attorney’s job harder.  For example, a Marijuana DUI case that our office is recently handled had relatively low level of THC, but a poor performance on the field sobriety test and an expert opinion of a DRE officer that our client is under the influence of marijuana and was unable to safely operate a motor vehicle.

The basis for the DUI prosecution is primarily the DRE officer opinion!  If our client had not submitted to an examination by the DRE and had refused to perform the field sobriety test, the government would have no evidence of impairment – causing a prosecutor’s reject or a dismissal prior to trial.  Instead, our client will likely face a jury trial (although our expert Los Angeles Marijuana DUI attorney will get a wonderful offer from the deputy city attorney prior to trial).

Scientifically speaking, prosecution of Marijuana DUI is based on presence of “psychoactive” substances in blood.  The primary psychoactive ingredients in marijuana that LAPD test for is is Delta-9-tetrahydrocannabinol (Delta-9-THC) and 11-nor-9-carboxy-delta-9-tetrahydrocannabinol (THC-COOH).  Higher levels of this substances will result in worse plea bargain offers. Lower levels will result in better plea bargain offers from the Los Angeles City or County District Attorney’s Office.  THC-COOH is a metabolite of THC and is believed by government to contribute to impairment.  In opinion of most leading experts, TCH-COOH (carboxy) will not contribute to impairment and is in fact an inactive form of marijuana metabolite.  For example, carboxy can be present in chronic smokers after several weeks.  Prosecutors like to use it to prove guilt, however, the basis for this position is not supported by science.  This is much more defensible if Delta 9 is not present in blood.  Using this information you can win your marijuana DUI.

We will help defend you against this unfair charge.  We will also help you defend a DMV case.  If you are facing an administrative action by the DMV after your marijuana DUI arrest, please contact our office.  The chances of winning such DMV case are very good. The DMV primary focus in on refusal cases and .08% BAC cases.  The DMV will rarely prosecute a case that is based on substance other then alcohol.  Please call our office to talk to an attorney immediately about your DMV defense right now