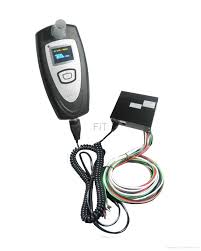 This article discusses What is Ignition Interlock Device(IID) is and when is it required in California. Click on the links below to go directly to your topic of interest.

What is the Ignition Interlock Device (IID)?

IID is an abbreviation for the Ignition Interlock Device and is a machine wired to the vehicle’s ignition that requires a breath sample from the driver before the engine will start. As the vehicle is driven, the device will request additional samples of breath from the driver to make sure there is no alcohol present in the driver’s blood.

Effective July 1, 2010, 4 counties, including Los Angeles County, have a pilot program that requires an Ignition Interlock Device after all DUI convictions. Ignition Interlock Devise is a burden, however, it permits the issuance of a restricted license, so that drivers who were previously not eligible for a restricted license now are eligible with the installation of this device.

IID is not required for other convictions, such as a “wet reckless”.

The help of a DUI lawyer in Los Angeles is needed to defend a drunk driving charge and possibly to avoid an Ignition Interlock Device (IID) on your car.

The DMV mails notices requiring the installation of the device to all convicted of VC 23152 (DUI), VC 23153 (DUI with injury), and PC 191.5 (Vehicular Manslaughter while intoxicated).  Our office is aware of several ignition interlock installers who provide discounts to new clients (such as free installation); however, a full list of approved installers is available on the DMV website.  Also, under the new law, drivers are eligible for a reduced cost of an Ignition Interlock Device when their family’s income is less than 300% of the federal poverty level.

The IID requirement is not imposed by the courts; nevertheless, the DMV will require installation even when the courts don’t. The DMV and not the court is required by law to make all drivers convicted of a DUI to install IID. Upon installation of the IID, the law requires that the IID is serviced every 60 days.  This law can be found in the California Vehicle Code sections 23575 and 23575.3.  Because the IID law is very dynamic and is likely to change as the legislature learns about the effect of IID on DUI drivers, check the statute or call our office for up-to-date information.  The installer must notify the DMV if the IID is tampered with, attempted to be removed, or if you fail to comply with maintenance requirements 3 times.  If the Ignition Interlock Devise installer sees those violations, he will notify the DMV and the DMV will reimpose the suspension until you comply.  Commercial drivers are not eligible for IID requirements and must serve the entire suspension.

IID Requirements after a DUI conviction in Los Angeles County

Installation and maintenance of IID (must be checked every 60 days) will be paid by the driver (the typical cost of maintaining an IID is a monthly fee of up to $ 85.00).

Prior to the passage of AB 91, the court had the discretion to require a person convicted of a DUI-related offense to install an IID in their car.  That is still the law in the remaining 54 counties.  However, the persons convicted of DUI in the 4 pilot counties are required to install IID either for 5 months (first offense); 12 months (second offense); 24 months (3rd offense); or 36 months (4th and any subsequent offense).   A person convicted of a DUI with injuries (Cal V.C. 23153)  will be required to install an ignition interlock device for 12 months on a first offense; 24 months on a second offense; 36 months on a 3rd offense; 48 months on a 4th and any subsequent offenses.

How long IID has to be in the car after a DUI in Los Angeles?

When Will I have to Install the IID after a DUI in Los Angeles?

How to avoid Ignition Interlock Device

People who don’t comply with an IID, will not be able to get their driver’s license back unless they file an exemption within 30 days of a DUI conviction.  The exemption is filed with the DMV on a DMV form DL 4062 that must be filed within 30 days.  If the form is not filed (even when it is listing the mail), the DMV will not permit to have an exemption from the IID.  The exemptions found on DL 4062 are only for out-of-state residents and persons who do not own a vehicle.  If you own a vehicle but planning to not operate it, you do not qualify for the exemption.   The 30 days are counted from the postmark date.

To qualify for the exemption after a DUI conviction, you must show that (1) you do not own a car, (2) you do not have access to a car at your residence, and (3) acknowledge that you are only allowed to drive a vehicle equipped with an ignition interlock device.  The DMV can cross-reference the name and the address of the driver and if the driver owns a car or has a car registered at her residence, DMV can deny the exemption.

I am guessing that by 2015 the DMV will report to the legislature that AB 91 reduced recidivism in the 4 pilot counties and the law will be extended to the rest of California.

Several California Vehicle Code sections were modified after the passage of this law to conform with AB 91, including such sections as the administrative suspension section (CVC 13353.3) that now terminate a suspension upon installation of an IID when a driver loses admin per se hearing.

Effective January 1 of 2019, the IID law in California changed to require all DUI drivers to install ignition interlock devices in their cars. This law was signed by Governor Brown because the IID is very effective in stopping repeat offenders from drinking and driving. The consequence for a person convicted of a DUI is a significant increase in the cost of DUI, which is estimated now to be over $10,000.00. After SB1046 takes effect, a first offender DUI will have to have an Ignition Interlock Device in his car for 5 months. A second offender will have to have an IID for one year. A third offense DUI will require an IID for 2 years and a 4th offense will require 3 years of an IID. The IID costs approximately $70 per month to calibrate the breathalyzer. According to some research, an IID reduces repeat offenses by 70%. SB 1046 makes an incentive to install an ignition interlock device by giving restricted driver’s licenses to people who were previously not eligible to drive.

Under newly enacted VC 13353.6 a person who lost his or her driver’s license under an APS procedure can now obtain a restricted license right away as long as he or she enrolls in an Alcohol Education Class (AB 541 for 1st offender) and installs an IID in his or her car.  Prior to January 1, 2019, a DUI driver had to wait 1 month to apply for a restricted license.  This requirement is now eliminated with an IID and alcohol education program.

If you are driving with an IID, the IID will lock out the car after a number of violations (such as 6). However, IID will not turn off the car during driving.

The IID is usually set up not to report a violation with a BAC below .02.  With a .02 BAC, the IID will typically give a warning.  A reading of a BAC of 0.03% or above will be considered a violation.