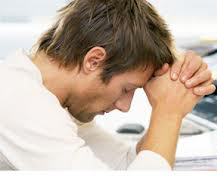 If a police officer pulls you over with a reasonable suspicion that you were driving under the influence, you can be compelled to submit to a chemical test. This procedure aims to measure the amount of alcohol or any other intoxicating substance in your blood. Vehicle Code section 13353 is a punishment section for those who refuse to submit to a chemical test. Any driver, who refuses to give his blood or breath sample for chemical test must know the possible consequences of such decision.

VC 13353 (a)  If a person refuses the officer’s request to submit to, or fails to complete, a chemical test or tests pursuant to Section 23612, upon receipt of the officer’s sworn statement that the officer had reasonable cause to believe the person had been driving a motor vehicle in violation of Section 23140, 23152, or 23153, and that the person had refused to submit to, or did not complete, the test or tests after being requested by the officer, the department shall do one of the following:

A first time chemical test refusal can lead to one year of driver’s license suspension. If you are accused of a second DUI refusal, your license can be revoked for two years. It does not matter whether you refused to complete a chemical test in a previous DUI. In other words, even if this is your first refusal but second DUI, you are facing the same harsh consequences of possible two years driver’s license revocation. VC 13353 requires license revocation for the second DUI when refusal is alleged. The punishment section for a refusal allegation also requires a two-day mandatory incarceration upon proof of a refusal allegation.

Driving on a suspended license can get you in serious trouble. If you license is suspended or revoked after a DUI conviction or a DMV finding of a “refusal” or driving with a blood alcohol over the legal limit, you can face new criminal charges. Not only you can face new criminal charges, but the police also is permitted to keep your car for 30 days after they decide that you are driving on a suspended license. Lastly, the police is also given an authority to sell your car under nuisance law if you are continue to driver on suspended or revoked license.

As commonly known, because DUI is a priorable offense, your record will be considered in punishment. As explained above, a second DUI with a refusal allegation may cause a two years license revocation. Additionally, a third DUI arrest with a refusal allegation will cause a 3 years license revocation. Please note that a prior for purposes of CVC 13353 is not only a DUI but also such offenses as:

VC 13353 for minors or DUI probationers

If you are under 21 or on DUI probation, the rules are much stricter for you. First of all, the legal limit of BAC is 0.01% instead 0.08% for other non-commercial drivers. Also, minors and probationers are compelled to go through a preliminary alcohol screening test (PAS) if police officer suspected you of impaired driving. The submission to the preliminary alcohol screening test (PAS) is not required if the driver is over 21 years of age and is not on a DUI probation.

Based on that, the less information the police has, the better it is for you. In addition to lack of evidence, a good defense attorney will use the following elements to defend VC 13353 charges:

If you are arrested for a DUI, please call Los Angeles DUI Attorney to talk to someone who is qualified to help you defend your case. Los Angles DUI attorney is known for his dedication to his clients and his ability to get the best results for his clients in the most desperate situations. We offer great payment plans and can help you not only in court but also at the DMV. Our top Los Angeles DUI lawyer is able to provide quality defense at affordable price.