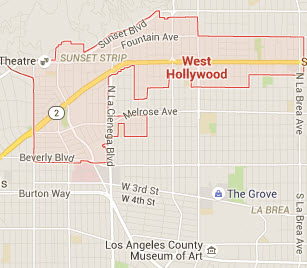 In West Hollywood, DUIs appear to happen twice as frequently than in other parts of greater Los Angeles. We thought you might be interested in this collection of recent news and facts about West Hollywood DUIs:

What’s also interesting is a little backstory on who lives in West Hollywood and who visits the area. About one in four residents of the city are immigrants, with a little over 70% immigrating before the year 2000. A large portion of the area are Russian-speaking immigrants, especially the Eastside of West Hollywood, but Ukrainian immigrants actually make up a larger portion of the immigrant population. Many more former Soviet Union countries make up the majority of immigrants here but there are also many immigrants from Canada, Mexico, and the United Kingdom. For the people who calls West Hollywood home, it’s interesting to see the high number of DUI arrests compared to other cities in the area. There are also many tourists visiting West Hollywood every day who are less familiar with the streets.

What is causing West Hollywood DUIs to rise over the last ten years? While we can’t know for sure, one possible explanation is differences in enforcement policies and procedures over the time period. DUI checkpoints have become a common practice for law enforcement.  A 2016 article on the area reported 8 arrests alone at one checkpoint area.

Our West Hollywood DUI attorney has represented and fought against DUI convictions with great success. If you are facing criminal prosecution for a DUI, hire an attorney with experience dealing with police and West Hollywood courts. We were surprised to see the number of DUI arrests and collisions in West Hollywood compared to other cities in the greater Los Angeles area.

If you or a loved one is ever caught in the situation of a DUI arrest, you need to make sure to hire a competent and experienced lawyer who specializes in DUI defense and can help defend your case.  Without good representation, your chances of getting a dismissal of your DUI charges are much smaller. The pressure to make you plea guilty as well as the fines and punishments, that the court want, are very high, as the state wants to send a strong message and make examples of those who are arrested.