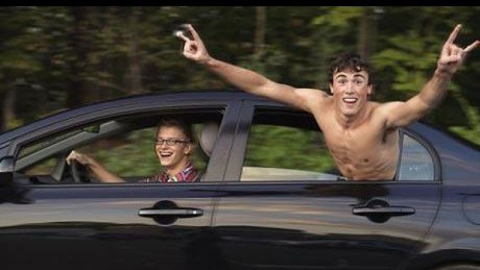 In this article Los Angeles DUI Defense Lawyer discusses JUVENILE DUI PRIOR.  Click on the links below to go directly to your topic of interest.

PRIORABILITY OF A DRUNK DRIVING

If a minor is guilty of a DUI, the DUI cannot be used against him as a prior to enhance punishment.  A DUI is a priorable offense, that is, a subsequent DUI case is prosecuted more severely than the previous a DUI case.  The priorability of a DUI is determined by counting number of years from the offense date to the date of the offense.  The maximum priorability period for a DUI is 10 years.  If the prosecutor charges a DUI as a prior, a good Los Angeles DUI lawyer will examine all charged priors to determine their validity based on the plea, the location and age of the previous conviction (see the article here on out of state DUI priors) and based on the age of the defendant at the time of the plea.  If the defendant at the time of the prior was a juvenile, the prior is invalid and can be stricken.

The rational for not counting juvenile adjudications as conviction is based on the juvenile court’s focus on welfare of a minor and rehabilitation rather than punishment and protection of the public.  The juvenile court system considers itself a “substitute parent” for the offender minor and the exclusion of DUI as a prior is not unique to the DUI but also applicable to other offenses.  Using a juvenile court adjudication is not even permitted for impeachment.

DUI ATTORNEY EXPLAINS THE MOTION TO STRIKE DUI PRIOR

The proper process to use to get the court to dismiss a juvenile prior is to file a motion to strike an invalid prior.  The few times Los Angeles DUI attorney have seen the prosecutor charge a DUI prior based on a juvenile adjudication, the court or the prosecutor agreed to dismiss the prior and resulting in charge reduction.  If you have a juvenile conviction for a DUI and the prosecutor is using it to enhance the punishment, you need to contact an attorney to file a motion to strike the prior and get a reduction in the charges or sentence recommendation by the prosecutor.  Please contact our office for a free consultation and talk to experienced DUI attorney right away.

Unlike a juvenile court adjudication of a DUI, the DMV will count the prior DMV action to enhance punishment for the current DMV action.  If you were arrested for a DUI as a juvenile and the DMV held an administrative hearing that you lost, you will not only have a juvenile record in the court, but you will also have a notation on your driving record showing that you were driving in violation of the law.  Most alcohol related DMV actions for minors will result in one year license suspension.  The DMV record is kept private, but is used to determine point counts and to suspend the licenses.  A juvenile case that cannot be used against you in an adult court is different from a DMV action which can and will be used by the DMV for some future administrative actions.  When you lose a DMV hearing, your record will remain with you and used in the future to increase the punishment, no matter that your previous DMV suspension was when you were a minor. For example, if you have a 2nd DUI as an adult that is charged as a first DUI because your first DUI took place when you were a minor, your punishment will be based on the first DUI offender sentencing guidelines.  However, the DMV can suspend your license or not let you have a restricted license for much longer then the first offense DUI because they will count the first that happened when you were a minor.  Usually it affects an ability to get a restricted license that is given to first offenders but is not given to first offenders who have a juvenile prior.

If you are arrested for a DUI, call our office for a free consultation.  Attorney DUI Los Angeles have defended hundreds of people in Los Angeles Superior court with great results.  We will help you fight your case and get the best possible result.  Los Angeles DUI attorney results include getting wet reckless deals on second DUI cases, getting dismissal of DUI cases, winning DMV hearings, getting drunk in public conviction instead of DUI and numerous other possibilities.