Home > Blog > Can a DUI affect your immigration status in California?

Can a DUI affect your immigration status in California? 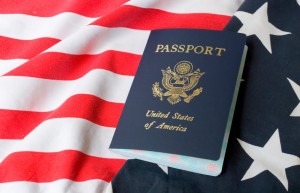 This article discusses HOW a DUI Can affect your immigration status.  Click on the links below to go directly to your topic of interest.

IMMIGRATION CONSEQUENCES AFTER A DUI

If you got arrested for a DUI and you are not a US citizen, a DUI can have immigration consequences.  Because there are numerous immigration petitions, relief, and statuses available to applicants, DUI will have different consequences depending on your immigration status.  DUI is a state crime, however, a conviction can be used by federal immigration officials and judges to deny admission, revoke visas and status.  In addition to the conviction, the immigration service can use more admission to the facts of the DUI instead of the actual conviction to deny immigration benefits.  Recent changes in the law disqualify immigrants from establishing a good moral based on DUI conviction.

One popular way to get a green card is based on a “Cancellation of Removal for Non-Citizens”.   To get cancelation of removal, an alien needs to establish that (1) he lived in the US for 10 years; (2) that his wife, child, or parent would suffer hardship; (3) that he does not have certain convictions; (4) that he is a good person.  Under the new law, such an alien can not show that he is a good person if he has 2 DUI’s.   So you must fight your DUI.

For persons who are in the United States on a tourist visa, a DUI conviction can result in the termination of their tourist status and possible deportation.

For persons who are in the United States illegally, a DUI conviction will make no difference, since they are already here illegally.  The biggest issue for someone who is facing a DUI case is to avoid jail time.  If someone hears illegally and sentenced to a DUI, he can be sentenced to jail time.  If the jail notifies the immigration or if the immigration does jail cross-reference checks before prisoners are released, an immigration hold can stop a person from release.  Instead of a release, you can simply be transferred to the immigration jail.  If an immigration hold is placed, deportation proceedings are likely to be initiated by the US government.

There is usually no problem to pass the psychological evaluation if the person in fact, not an alcoholic.  Note that a green-card holder who travels outside of the United States can be stopped at the border if he has a DUI conviction.  The border stop will determine if there are any DUI convictions. It does delay the process of admission into the United States but it will not prevent admission or create any other problems.

A decision from the 9th federal circuit court makes DUI a crime that can affect asylum and withholding of removal application.  On August 19, 2011, in its decision in Delgado v. Holder, the court makes serious multiple DUI convictions a possible bar for asylum.

The immigration judge decided that the cumulative effect of all three convictions makes Mr. Delgdo a “danger to the community of the United States”.  That is the language from “Withholding of Removal” and “Asylum/Refugee” federal immigration statutes that do not permit application of withholding of removal/refugee/asylum statute to an alien who was convicted of “particularly serious crimes”.

The federal statutes are vague and do not specifically include DUI’s as specific crimes that permit denial of asylum or withholding of removal.  The statutes only make aggravated felonies deportable, defined in the federal law, as “particularly serious crimes”.  A person who spends cumulative 5 years in prison or jail will likely be deemed to be convicted of “particularly serious crimes”.

Delegado’s total aggregate sentence was 4 years 4 months, shorter than the 5 years qualification.  The Circuit Court does not clarify why Delgado’s crimes were deemed “particularly serious”.  Instead, the Court said that the facts from his cases make his convictions particularly serious crimes.  For clarification, the Circuit court remanded Delagado’s case back to the Board of Immigration Appeals.

Regardless of what happened to Delgado, this decision is the first decision where a DUI, previously without any immigration consequences, can result in a denial of asylum and deportation. The law permits the Attorney General to designate certain crimes to be “particularly serious crimes”, usually on a case by case basis.  An average DUI will not cause a denial of an asylum application.  Delgado’s case was different and he is a “danger to the community of the United States”.

The 9th circuit’s Court of Appeals is a lot harsher than the 3rd Circuit which limited “particularly serious crimes” only to “the aggravated felonies”. The prevailing view is now being adopted by the 9th circuit.

After this decision felony DUI convictions can permit “particularly serious crimes” analysis and deportation.  It is not clear what specific facts make a DUI “particularly serious crimes”. The only clear-cut case is that where the defendant on parole with three felony DUI cases involving serious injury and an aggregate sentence of 4 years 4 months, can be a bar to asylum.

If you have an open DUI case in Los Angeles and can qualify for this program, here is some information to consider before pleading guilty to a DUI in Los Angeles.

As you might know, under President Obama’s executive order, USCIS permits young undocumented immigrants to apply for a “deferred action”, a possible path to U.S. Citizenship.  Under this federal program, an applicant’s deportation (if he is in one) will be stopped and he will receive a work permit.

To qualify for deferred action, the applicant must meet the following requirements:

More side notes about the program:

Here I also touch on the effect of recent the United States Supreme Court decision on convictions for Health and Safety Code Section 11360.  Although the offense does not DUI-related, it could easily be charged on the same complaint as a DUI.

Under Immigration Law, a conviction for transportation of marijuana was viewed as an aggravated felony.  The recent Supreme Court decision determined that it is not.  In Moncrieffe v. Holder, a conviction for a marijuana distribution offense that fails to establish remuneration or more than a small amount (at least more than 1.3 grams) of marijuana, it is not an aggravated felony.  Moncrieffe’s conviction is from Georgia, but, a parallel can be drawn to California law and specifically to Health and Safety Code sections 11359 and 11360 – both are commonly charged when law enforcement believes the illegal sale of marijuana occurs.  Ironically, Health and Safety Code Section 11360 is considered a more serious offense under state law because the maximum punishment is 4 years.  A violation of Health and Safety section 11359 has the maximum punishment of only 3 years.

The Supreme Court decision rests on the Controlled Substance Act statute that although prescribes punishment for marijuana distribution for up to 5 years as a felony, it provides an exception for a small amount of marijuana for no remuneration.  Under federal law, such excepted conduct is considered a crime of simple possession, a misdemeanor.  Because Georgia distribution state statute did not require remuneration or more than a small amount of marijuana – Moncrieffe’s conviction was determined by the Supreme Court to be not an aggravated felony.  What striking is SC determination that actual conduct is irrelevant for purposes of analysis which must be only based on the language of the state statute “standing alone”.

Matter of Castillo Perez: Attorney General in 2019 decided 2 or more DUI will not allow a person to establish good moral character.  The Attorney General’s decision comes from the Matter of Castillo-Perez and is one of the first times that a DUI has immigration consequences.  Castillo-Perez tried to obtain a cancelation of removal and the immigration judge granted it, but the government appealed and the Board of Immigration Review reversed the cancelation of removal and the attorney general issued an opinion citing the BIA and ordering deportation.   To get the cancelation of removal, aliens have to establish 10 years of good moral character.  Here, he could not do that because of 2 DUI’s.  It is important to note that Castillo-Perez’s rehabilitative efforts did not overcome the presumption that he does not have a good moral character.  In the eyes of the Attorney General, the record shows that he failed to adhere to the community’s moral standards during the decade at issue.  Thus, if you have a DUI, you have to fight it, even if you are here illegally, because, if you don’t, when you qualify for cancelation of removal – you might be ineligible due to your DUI convictions.  Here is a quote from AG opinion:

“I hold that evidence of two or more DUI convictions during the relevant period establishes a presumption that an alien lacks good moral character under INA § 101(f), 8 U.S.C. § 1101(f)…Given the reckless and dangerous nature of the crime of DUI and the limited number of aliens who may be granted cancellation of removal each year, aliens with multiple DUI convictions are likely undeserving of such discretionary relief.”

As you see, DUI is considered to be very serious conduct and in the words of the Attorney General “Good moral character requires adherence to the generally accepted moral conventions of the community, and criminal activity is probative of non-adherence to those conventions”.  But seems like even a single DUI can result in immigration-related issues.  Here is AG again “Multiple DUI convictions represent a repeated failure to meet the community’s moral standards, rather than a “single lapse” that would be less probative of moral character. Matter of B-, 1 I&N Dec. 611, 612 (BIA 1943).2 “.  This, the AG leaves the door open for the possibility that even a single DUI can show bad moral character.

The concept of a “categorical approach”  is used in immigration law to determine if someone is deportable or not.

In the last few years the categorical approach was severely limited by a number of court decisions and the Attorney General opinion in Silva-Trevino 24 I&N Dec 687, that permitted reading police reports.

In Moncrieffe v. Holder, the court not only excluded conviction for distribution of marijuana from aggravated felony analysis because the statute did not specify remuneration and had a small amount, but it also reaffirmed the categorical approach, a great win for defense lawyers criminal defendants with immigration issues.  Importantly, the Moncrieffe court rejected the Matter of Aruna holding that deviated from the categorical approach.  It also provided several arguments to challenge Silva-Trevino arguments.  In short, not only did Moncrieffe allows settlement of certain cases without an offense being deemed an aggravated felony, but it also reversed a terrible trend in recent years of rejecting the categorical approach in deportation analysis.