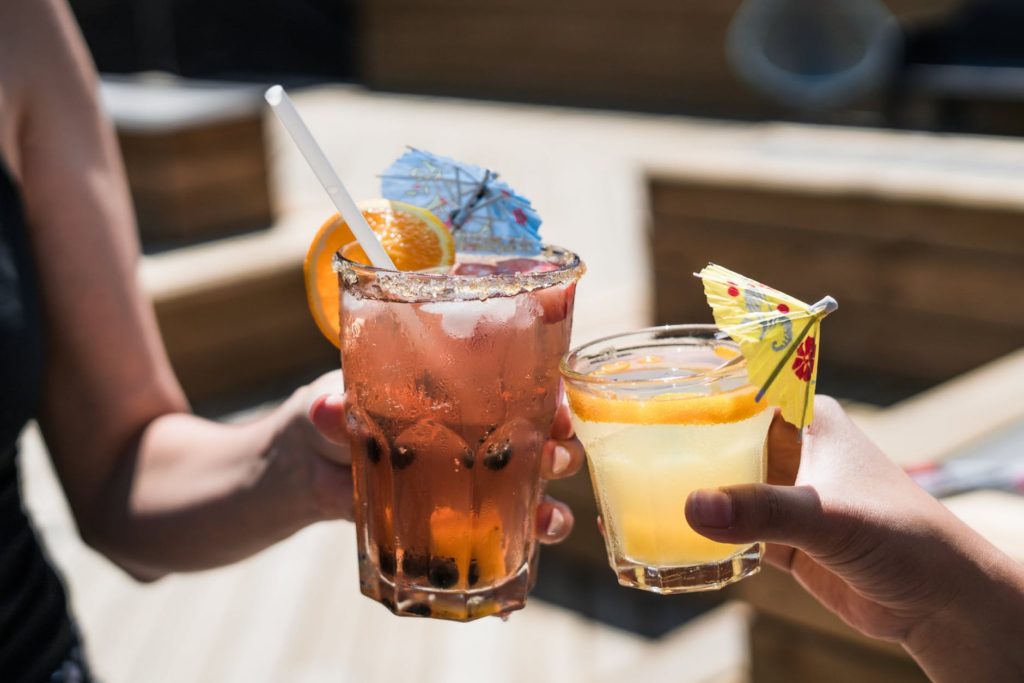 For most people, consumption of alcohol will result in slower reaction time, decreased ability to concentrate, and reduced mobility.  The end result is that alcohol will negatively affect the ability to drive a vehicle and react to traffic conditions.  This negative effect on the ability to drive is the reason impaired driving causes so many accidents on the roadway.   Accidents can result in injuries, property damage, and even deaths.

Alcohol Affect On a Person

Shortly after consuming an alcoholic beverage, 20% of the alcohol will get absorbed through the stomach into the bloodstream where the alcohol will start affecting a person.  The remaining 80% of alcohol will get absorbed into the blood through the small intestine and other parts of the digestive tract. Once in the bloodstream, alcohol will travel throughout all parts of the human body, most importantly, the brain.  As soon as alcohol gets to the brain, you will start to feel the effect of alcohol and show the first signs of being under the influence.  Alcohol will stimulate a release of dopamine in the brain, a neurotransmitter that is associated with positive emotions, feelings of satisfaction, happiness, and joy.  It can also make you talkative and confident.  But, as the level of alcohol continues to increase in the body, the feeling of happiness and joy may be replaced by depression, anger, and sadness.

The reason for the quick change from happiness to depression has to do with the way alcohol moves through the brain using the nervous system.  The more alcoholic beverages you drink, the more they affect your nervous system.  Because alcohol is a depressant, in most cases, consumption eventually will lead to depression, manifested in a delayed way.  For example, when alcohol affects the part of the brain which is in charge of behavior, the person may lose control or it will become difficult for that person to understand what behavior is appropriate in their situation. Alcohol can also affect emotions by multiplying the emotional effect, both positive and negative.  Alcohol also affects coordination, so a person can lose the ability to control muscle movement, which is what police look for during the Field Sobriety Tests during a Los Angeles DUI investigation.  Examples of field sobriety tests include the ability to touch the tip of the nose, stand on one leg, or walk a straight line.  Police officers always ask suspected DUI drivers to perform field sobriety tests during Los Angles DUI investigations to determine if they are over the legal limit.  Los Angeles DUI Attorney does not recommend for clients to agree to submit to the field sobriety test.

Consuming large quantities of alcohol can even lead to death.  This happens when alcohol affects the parts of the brain responsible for breathing, heart beating, or the gag reflex. When alcohol impairs the brain function responsible for breathing the brain simply forgets to breathe and a person can die.  Also, when the alcohol interferes with the gag reflex, the person can choke on his vomit and drown in it.

When and where was a person first arrested for drunk driving?

The first person arrested for driving under the influence of alcohol was 25-year-old George Smith. This first arrest happened 118 years ago, on September 10, 1897, when a taxi driver plowed his cab into a building in London.  Mr. Smith pled guilty and paid a fine of 25 shillings.  More than 10 years after that incident the US government passed its first law against drunk driving.

The first Breathalyzer was invented in 1936 and looked like a balloon for breathing into it. It got the name “Drunkometer” and was used for almost 20 years. In 1953 an updated device was introduced, which looked like today’s Breathalyzer. It was easier to use and gave more accurate results of alcohol concentration in the blood.

What country has the strictest drunk driving laws?

In the United States, the federal government provides funds only to states that adhere to an alcohol level of .08% or higher.  Because the states rely on federal funding to operate, all states including California make driving illegal when the blood alcohol level is .08 percent or more.

In many East European countries, such as Slovakia, the Czech Republic, Hungary, and Romania, all measurable levels of alcohol will result in a DUI prosecution.  Thus, a BAC above .00 will result in an arrest or other penalties. The penalties vary from imprisonment to fines, vehicle, and/or license confiscation. Also, many Muslim countries ban all alcohol consumption and possession and prosecute even the simplest possession of alcohol.

Which state in the US has the strictest DUI laws?

Arizona has one of the toughest DUI laws and penalties. It’s obligatory to undergo field sobriety tests if the driver is suspected of drunk driving. If the driver refuses to do this, his license will be automatically suspended for one year even on the first offense.

If charged with a DUI for the first offense the driver can face:

Also, a driver with a DUI conviction may be required to attend the education program, and do community labor.

Some myths and facts about alcohol

Myth: Drinking lower alcohol content drinks first and then switching to hard liquor drinks will allow you not to get drunk.

Fact: It is only important how much you drink and how fast, not the types of drinks consumed or the order of consumption.
_________

Fact: Darker beers or red wine may result in worse hangovers because of the number of additives they have.
_________

Fact: The color isn’t always the measurement of alcohol concentration. Ask the bartender or read labels carefully to know the exact percentage of alcohol in any drink.
_________

Myth: Taking a shower or drinking coffee will help you get sober.

Fact: A human liver can generally process one standard drink every hour. So taking a shower or coffee won’t help your liver to get rid of alcohol faster. Only time will.
_________

Myth: Eating before drinking can help to stay sober.

Fact: Yes the food in the stomach will slow down the absorption process but all consumed alcohol will eventually make it to the bloodstream.
_________

Fact: Quite the opposite. Even though it a person is more active shortly after consuming alcohol, alcohol will slow the reaction time and will cloud the judgment.  In a while, a person will feel weary, and sleepy.
_________

Myth: Drinking through the straw makes you drunk more quickly.

Myth: Taking a cold shower or drinking a couple of cups of strong coffee sobers a person up faster

Fact:  It does not work. The body rids itself of alcohol on a fixed schedule. A healthy liver metabolizes about 1 ounce of 100-proof whiskey (or one 12-ounce can of beer or one 5-ounce glass of wine) per hour.  So, while a cold shower may make sobering up a cleaner experience, it has no effect on the rate of lowering the blood alcohol level.

Some facts about alcohol and driving