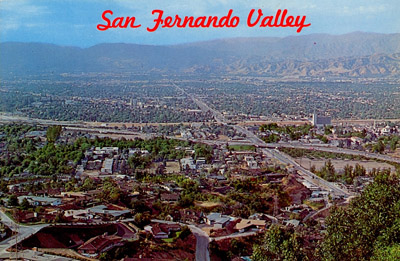 Areas of Los Angeles county that are not part of the city of Los Angeles and is not part of a city with a dedicated police force are patrolled by the Los Angeles County Sheriff’s Department. The law on state’s freeways is enforced by the California Highway Patrol, a state wide police agency.

San Fernando Valley DUI attorney handled many cases involving LAPD checkpoints. Los Angeles Police Department often sets up DUI checkpoints on major streets in the valley. A DUI checkpoint case involves litigating whether the checkpoint was set up correctly. Often, the police will set up a sobriety checkpoint incorrectly or not give proper notice to the news organization. The law regarding checkpoint is established by the court in a famous case of Ingersoll v. Palmer, which provided several criteria to establish a legal checkpoint.

During a checkpoint, a neutral formula have to be used to stop the cars. For example, a checkpoint will be illegal if police stops every suspicious car or sometimes let few cars go and then stop every car. During the sobriety checkpoint, drivers with suspended driver’s license can be also cited and prosecuted by the criminal courts. If you are stopped at a checkpoint, call San Fernando Valley DUI attorney to see how we can help you defend your case. We will fights your case in court and at the DMV.

Criminal defense attorney in San Fernando can help you defend a checkpoint case or any other San Fernando DUI case. Most DUI cases heavily depend on the blood alcohol level and what was the reason for the police stop. In addition, if an officer lies in the police report, it creates a ground to attack the officer’s credibility at trial, called impeachment. Accidents, while an aggravating factor for DUI prosecutions, will make your case more defensible because the driver of the car at the time of the accident can be hard to figure out.

Additionally, the accident makes it hard to figure out the time the accused stopped drinking.

Another area of our practice is driver’s license defense. San Fernando Valley DUI attorney will handle your DMV hearing for you. A DMV hearing is a special administrative proceedings that might appear like an appointment or an interview, but in reality, a very involved and contentious litigation where a hearing officer has the ability to suspend your license for four-month even after a first DUI arrest as an adult. For minors, the license suspension can be one years with a lower blood alcohol level and often blood alcohol level measured by a PAS device.

A PAS device is not utilized in court without special testimony from custodian of the device who can testify that a PAS device is accurate, properly stored and calibrated. However, DMV can often ignore court requirements and take your driver license without, what we consider, a proper procedure. To fight the DMV, you need best San Fernando DUI attorney. We can help if you call our office to talk to one of the best San Fernando Valley DUI attorneys.

The DMV hearing process is initiated by the police officer who can confiscate your Driver’s license after a DUI arrest and issue a temporary driver’s license with instruction to contact the DMV within 10 days to request a hearing. If the hearing is not requested, the right to the hearing is lost and will not be given back unless with a valid excuse. We can help you through this complicated DMV process.

The DMV must abide by the law and can not take your license without meeting the requirements of the law. We can convince the DMV that they did not meet the requirement of the law and allow you to keep your license. Most San Fernando Valley DUI cases are venued in Van Nuys drivers safety office, a special office within the DMV that is in charge of DUI prosecutions within the DMV. Please have your DS-367 handy when calling our office.