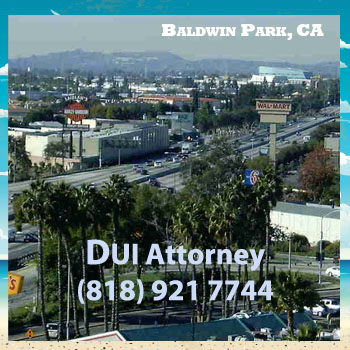 Baldwin Park DUI Attorney will help you defend DUI arrests in Baldwin Park and a DMV hearing that you can have after a DUI arrest. San Gabriel Valley can be very tough on DUI prosecution.  One of the cities San Gabriel Valley is Baldwin Park.  City of Baldwin Park  has a police department that is trained in drunk driving investigation.  In addition, Baldwin Park DUI can be prosecuted by California Highway Patrol or police departments located nearby. Your right to have a DMV hearing after a DUI arrest expires 10 days after the arrest.  To request a hearing, you can call the DMV Driver’s Safety officer or Baldwin Park DUI Attorney to help you fight your case.  Any DUI arrest will go on your record for the rest of your life.  Moreover, a DUI conviction will create a criminal record and affect your driver’s license, your employment and a professional license.

Call one of our numbers (818) 921 7744 or directly (323) 464-6424 to talk to Los Angeles DUI Attorney to get a free consultation and to discuss your case and any defenses available to you. Baldwin Park DUI Attorney is very experienced in defending the most difficult of DUI cases in Baldwin Park and are known for their aggressive DUI defense.

Because Baldwin Park DUI can be sited to West Covina Courthouse or to El Monte Courthouse, the prosecutor’s office can be at either of these two locations.  Both of these courts are very small and have only a few courtrooms that handle many DUI cases that happened in city of Baldwin Park.

THE LOCATION OF LOS ANGELES COUNTY COURTHOUSES FOR CITY OF BALDWIN PARK:

Baldwin Park DUI Attorney can appear without you in court and can handle your DMV hearing for you.